This week, the University Economic Development Association (UEDA) announced winners of its annual Awards of Excellence program during their annual Summit hosted in San Antonio, Texas.

Leading initiatives from across North America competed in a six-month process, including application, peer review, online presentations, and, ultimately, selection by attendees of the annual UEDA Summit as category leaders. The Awards of Excellence Program recognizes organizations who are transforming their campuses into engines of economic prosperity through leading edge initiatives in categories.

“The expansion of the Awards to include the Engaged University and Diversity, Equity, and Inclusion categories was a logical next step in evolution of this high-profile program,” said Tim Hindes, UEDA Executive Director. “By highlighting the critical work of our sector, we not only strive to recognize those initiatives that are making positive impacts on regional engagement, but foster conversations and collaborations to drive even further opportunity.”

Throughout the Awards of Excellence process, nominations are judged on the sustainability, replicability, originality, and impact of their programs or initiatives. Those receiving the top marks in these criteria advance through the process, culminating in recognition as the category leader by peers in attendance at the annual UEDA Summit. The 2022 Awards of Excellence category leaders are:

Joint School of Nanoscience and Nanoengineering

Together We can Go Far: Pacific Farmer Organizations as Drivers of Rural Economic Development 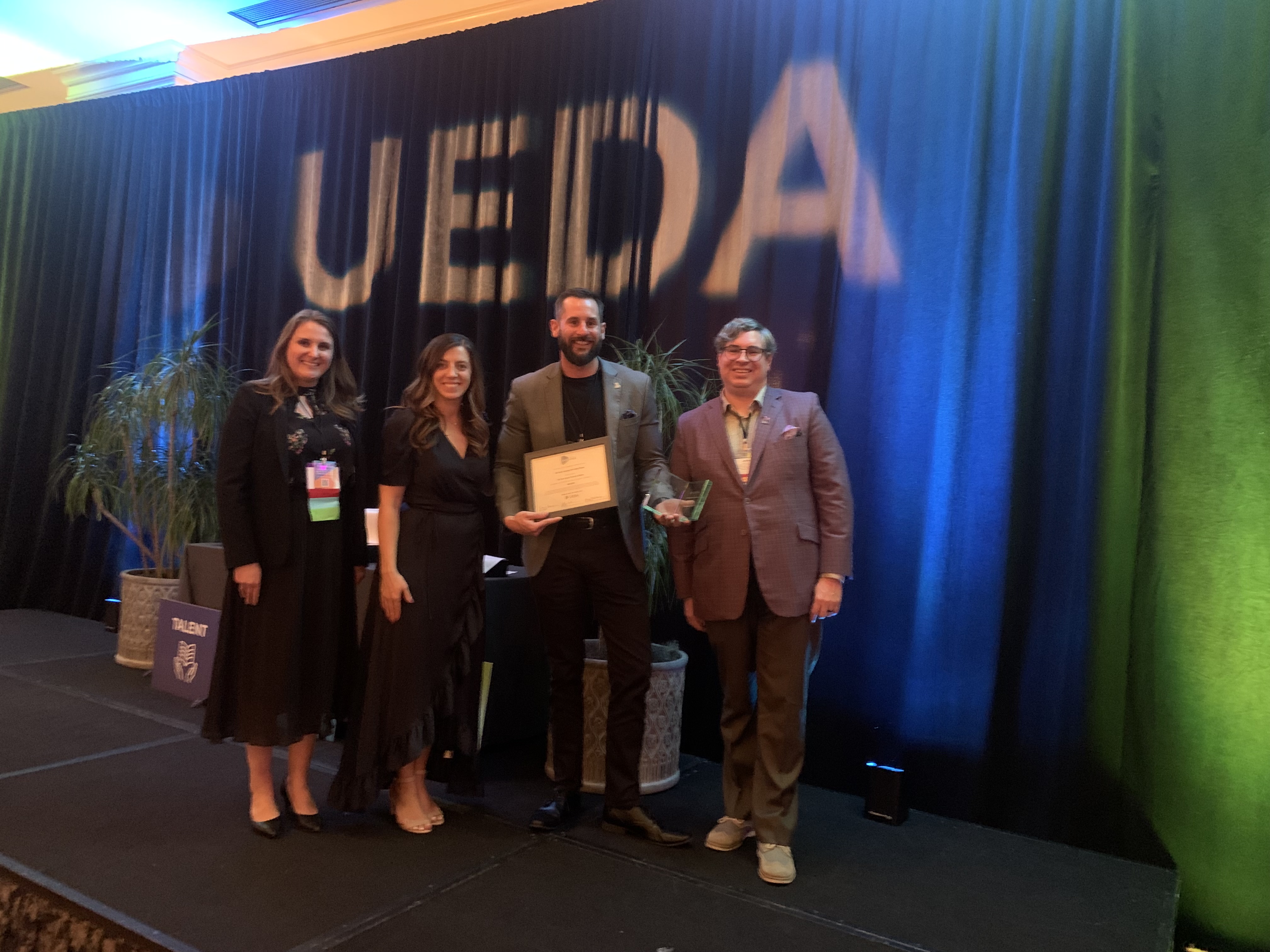 How the Awards Process Works

University project teams applied for the UEDA Awards of Excellence Program. Projects were reviewed and scored by an executive award committee and three or four project finalists were selected for each category. Project finalists presented their projects for participants of the annual UEDA Summit, where the audience of peers voted for projects that best exemplified the criteria for their category. Throughout the process, projects were judged on scalability, sustainability, impact originality, and the ability to be replicated. Awards were presented during a celebration that was held on October 11, 2022 in San Antonio, Texas.

Nominations for the 2023 Awards of Excellence program will begin in the spring of 2023 and are open to all competitive initiatives. Click here to learn more.