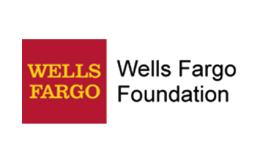 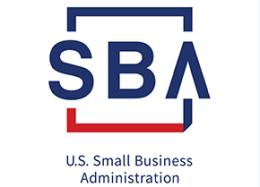 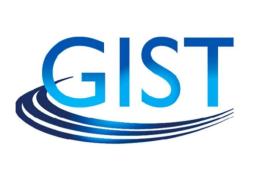 Arizona’s bioscience industry is growing rapidly and reached nearly 30,000 jobs spanning 2,160 business establishments in 2018. Industry employment has grown by 15 percent since 2016—twice the growth rate of the nation—with each of the five major subsectors adding jobs during the period. Arizona’s universities conducted nearly $580 million in R&D activities in bioscience-related fields in 2018, fueled in part by steadily increasing NIH awards to Arizona institutions since 2016. Venture capital investments in Arizona bioscience companies increased in 2019, and during the 2016-19 period totaled $349 million. Arizona inventors have been awarded 2,178 bioscience-related patents since 2016, among the second quintile of states in patent activity.

The Council was established in 2002 after the Arizona High Tech Industry Cluster merged with the Arizona Software & Industry Association. We have since grown to over 800 members and counting. In 2016, the Arizona Optics Industry Association merged with the Council and now serves as our Optics Valley Committee. The Council supports technology companies at all stages of growth and development – from startups to rapidly growing mid-sized companies to large global enterprises. We Strive to improve Arizona’s competitiveness and visibility by advancing the development of the state’s technology community.

NONPROFIT ORGANIZATION GRANTS
Wells Fargo has been a valued supporter of the UACI’s mission to grow strong, scalable and sustainable businesses to fuel the Southern Arizona economy. The organization aligns its resources and expertise to address complex societal issues, and help build a more inclusive, sustainable future, provides grants to nonprofit organizations working to strengthen the resiliency of our communities and our planet.

U.S. DEPARTMENT OF STATE PARTNERSHIP
GIST is a flagship science and technology innovation and entrepreneurship program that supports international small business executives. UACI was selected to participate because of its science- and technology-based startup expertise and unique connection to UArizona. UACI hosts cohorts of international small business executives and provides them access to potential customers, community leaders, mentors and entrepreneurial skills training.

SOFT LANDING DESIGNATION
Soft Landing designees like UACI provide the necessary support to help international companies experience a “soft landing” when entering a new country. The designation was awarded to UACI in 2020 for its long-established and clearly demonstrated ability to provide resources and programming to help international companies gain new market entry in the U.S.

FUNDING COMPETITION
UACI is one of only six Power Connectors across the nation, to collaborate in the $3 million prize competition designed to revitalize U.S. solar manufacturing innovations through a series of contests and the development of a diverse and powerful support network that leverages national laboratories, energy incubators and other resources across the country. UACI is the Southwestern Hub for the American-Made Solar Prize Challenge, serving Arizona, New Mexico, Nevada, Utah and Southern California

The Bioindustry Organization of Southern Arizona (BIOSA) is a non-profit trade group that supports the creation, operation, and expansion of life science enterprises and the commercialization of university research institute-based technologies in Southern Arizona.

Startup Tucson is a community-oriented nonprofit, committed to supporting the dreamers, builders, and makers that fuel the economic future of our vibrant city.

The Small Business Innovation Research (SBIR) and Small Business Technology Transfer (STTR) programs are highly competitive programs that encourage domestic small businesses to engage in Federal Research/Research and Development (R/R&D) with the potential for commercialization. Through a competitive awards-based program, SBIR and STTR enable small businesses to explore their technological potential and provide the incentive to profit from its commercialization. By including qualified small businesses in the nation's R&D arena, high-tech innovation is stimulated, and the United States gains entrepreneurial spirit as it meets its specific research and development needs.

The Arizona Commerce Authority (ACA) is the state's leading economic development organization with a streamlined mission to grow and strengthen Arizona’s economy. The ACA uses a three-pronged approach to advance the overall economy: recruit, grow, create – recruit out-of-state companies to expand their operations in Arizona; work with existing companies to grow their business in Arizona and beyond; and partner with entrepreneurs and companies large and small to create new jobs and businesses in targeted industries.

POWER CONNECTOR
UACI supports a variety of the Department of Energy’s (DOE) American-Made Challenges in collaboration with the National Renewable Energy Laboratory (NREL). UACI helps them incentivize entrepreneurs to strengthen American leadership in energy innovation and domestic manufacturing. Each challenge is dedicated to lessening obstacles faced in reaching manufacturing scale. The goal is to help create productive partnerships that connect entrepreneurs to the private sector and the DOE’s national network of laboratories.

We are honored to have earned recognition from our peers, partners, and community. Here are some of the accolades our work has received.